This is self-indulgent. When I explained all of this to a friend earlier this week, she said, "You're turning this into a game."

Zenny is also inspired by the fact that since "The Big Lebowski" was released in the late 1990's, my sister has called me "Dude," consistently ever since. I think of 'Zenny' as my 'riff on The Dude.'

"It is What it Is" is not my most popular book. Others that I've written both before it, and more recently, have been more popular. It's a book I feel a lot of personal fondness for, though. I have tried to find a way to fund a film version of the book. So far Hollywood isn't buying. There is still time, though.

This book was also included, though, when we at Azzurri Publishing recently celebrated our first ever bundle of book sales in China (Stand with Hong Kong!)

This past Monday, on a purely coincidental whim, I responded to an open invitation to be part of a club scene, as an Extra, in the upcoming movie, "Bill and Ted Face The Music." Yes, this is the third Bill and Ted movie.

It was a whim. It was not an important thing I was doing. It was just a chance to hang out on a movie set for part of a day and watch how the crew worked.

On my way to the set, though, I realized something; it's a club scene. I'm the middle-aged 'Dude' going to see Kid Cudi perform. I'm....I'M PLAYING ZENNY!

The idea fit like a puzzle piece you've been waiting to find the right place for. Zenny is in this Bill and Ted movie. This is the character I'm playing.

Back in the day, when I spent a year and a half in the 1990's taking every movie or TV gig I could get booked for, I appeared in a small trilogy of concert/club performances; Aerosmith in "Wayne'sWorld 2" (both the concert scene early in the movie and 'Waynestock' at the end of the film), White Zombie in "Airheads" (read my "Chris Farley" write-up here on this blog), and Babes in Toyland in "S.F.W."

This Kid Cudi scene in 'Bill and Ted,' I realized, is also an extension of those. And...is it possible...that maybe, just maybe, I was ACTUALLY playing a much younger 'Zenny' in all of those movies too?

And Zenny is in the upcoming "Bill and Ted Face the Music."

Except...for the one unknown...I don't know if I'll make the final cut of the movie. But, hey, even if Zenny ends up on the cutting room floor, he was there. Zenny made his appearance. And no one could have given a better on-screen reaction to the one moment we all had to react to. I can't say what we were reacting to, because that might reveal a movie spoiler. We'll all have to wait until August, when the movie comes out, to answer all of these questions.

the point is; Zenny lives. Zenny has appeared on screen, in the past and in the present.

Is it all a game? Well, sure. So far IMDb has approved listing my appearance in the movie with the 'uncredited' line "Kid Cudi fan." I'm still working on getting that changed to the actual character name, "Zenny." I won't appear in the film's actual credits onscreen, but if I can convince IMDb to list the character as Zenny, that would at least be a partial battle won.

In the mean time, join the game with me! 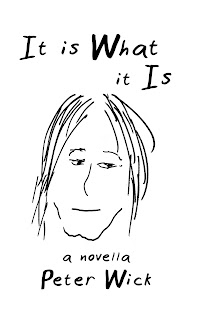